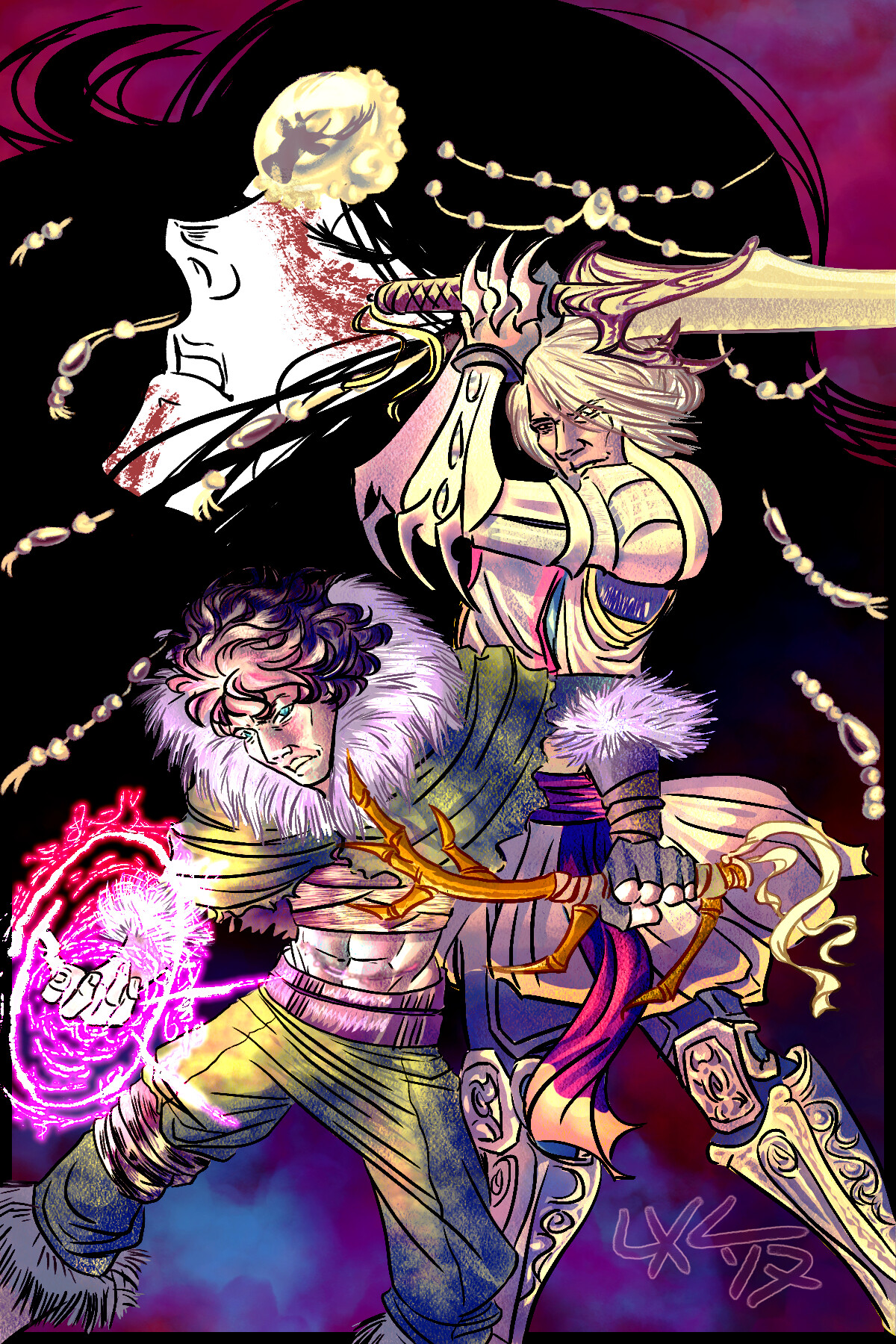 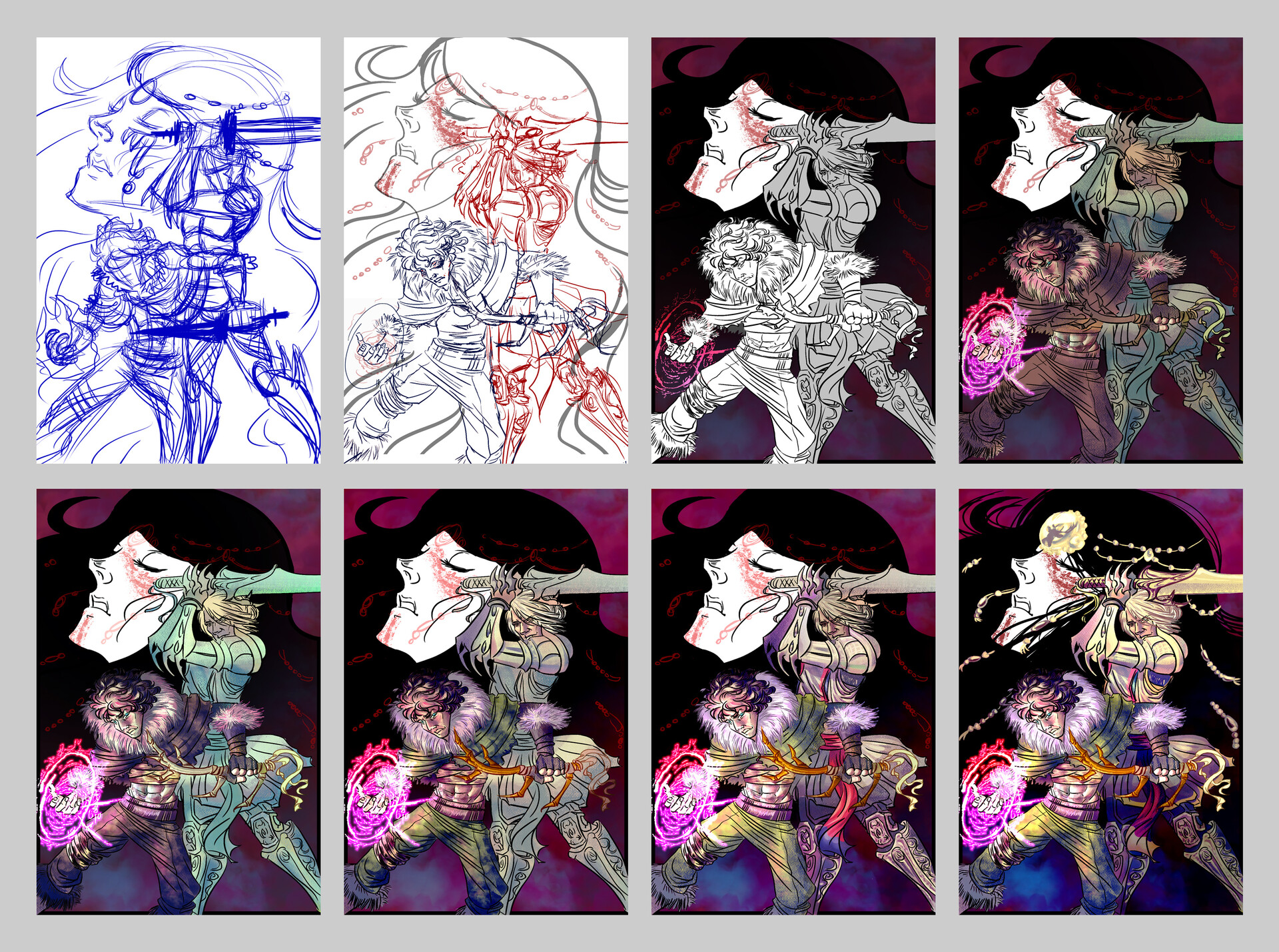 Created for a Hannibal fandom event with sci-fi/fantasy as a theme. Knight and Nakama depicts Will Graham as a berzerker brandishing an antler dagger and wielding time magic. Hannibal Lecter is depicted as a dashing paladin and his broadsword reminiscent of a chef's knife. Abigail Hobbs is cast in the role of a forlorn captive princess.

I drew inspiration from all my favorite manga, anime, and gaming of my youth. With callbacks to Record of Lodoss War, Studio CLAMP, and the Final Fantasy franchise, as well as littered with many visual references for Hannibal fans, Knight and Nakama was one of my favorite pieces.